"The Return of the Argonauts"

To develop a Cultural Route of the Argonautica, based on intangible heritage of mythology, traditions, ancient theatre, poetry and literature, as well as visual and performing arts in several countries along the Argonautica Route. The Argonautica tells the myth of their voyage to retrieve the Golden Fleece.

The Argonautic expedition dating back to 1200 BC is the oldest legendary long-distance maritime journey in the world ever, covering several countries, seas, rivers, cities, places, referred to:

Jason and the Argonauts arriving at Colchis

Painting in the Palace of Versailles, Diana room

The mission of Jason and the Argonauts from Iolcos, present day City of Volos in Greece, to Colchis, present day Kutaisi in Georgia, to bring back the golden fleece has inspired several works of art, including poetry, literature, pottery, theatre, opera, painting, sculpture, cinema, documentaries, music and publications.

The return of the Argonauts has left a cultural footprint in several places: Jason is considered to be the founder of Lubliana, capital of Slovenia, and Argonautica is celebrated at the Dalmatian coast, Istria peninsula, in Croatia, as well as in Marseille in the south of France.

There are several alternative versions of the return journey, such as by: Apollonius Rhodius Argonautica, Orphic Argonautica, Pindar, Herodotus of Heraclea, Hecataeus of Miletus, Timaeus, Judith Bacon, Henrietta Merz (based on Jason Colavito's book "Jason and the Argonauts through the Ages", 2014).

Initially, we focus on the most prevalent route, that of ‘Apollonius Rhodius’ Argonautica, viz: From Colchis through the Black Sea and the Danube river to Istria, to the Adriatic Sea and then via the Po or Iridanos river through Italy to the Rhone or Rodanos river, to present day South of France, sailing the Thyrrenian Sea, Straight of Messina, to North Africa, Lake Tritonis, then to eastern Crete, Anafi near Santorini, Aigina, Evia, a glorious return to Iolkos and finally to the temple of Poseidon in Corinth.

Towards the aim of establishing this Cultural Route, ‘Argonauts’ Return’, as a candidate for certification by the Council of Europe, an international association is being founded, named the ‘Argonautica Network’, with potential members in several countries. You are welcome to join us in this new Argonautic expedition! 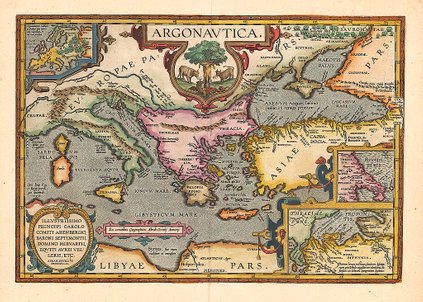 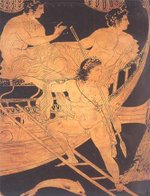